October 31 was a special day.

Not because of Halloween, no, but because October 31 marked the end of one of the biggest giveaways ever organized on the internet – the FreeBitco.in Golden Ticket Lamborghini Giveaway.

A provably fair draw picked out a lucky name, rather, a lucky User ID out of the millions of users that participated, and the winner is all set to receive a brand new Lamborghini Huracan or 21.87 BTC, according to the Bitcoin Price at the time of conclusion of the contest. 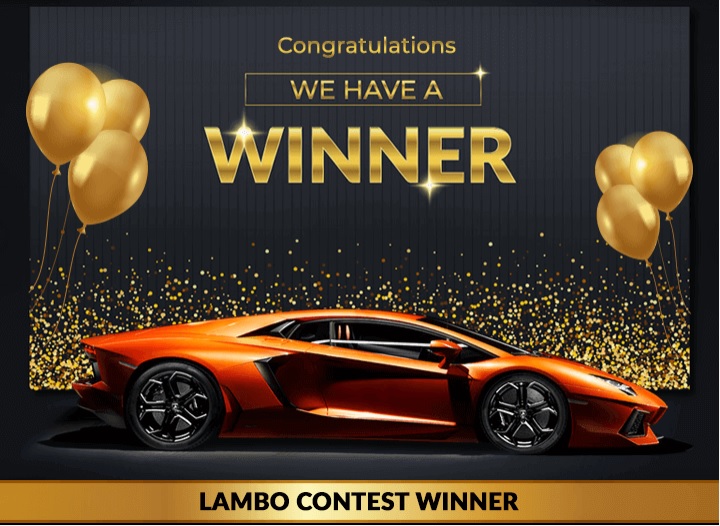 In 2013, FreeBitco.in was launched as a Bitcoin faucet (a platform that gives away free crypto in order to promote wider adoption) with a view of getting even more people talking about Bitcoin and a vision of expanding the crypto-community’s worldwide reach.

6 years on, FreeBitco.in’s reputation speaks for itself. With 32 million registered users and over 194,000 Bitcoins distributed since its launch, FreeBitco.in is the world’s oldest existing Bitcoin faucet and the biggest Bitcoin casino on the internet.

It owes its immense popularity largely to its provably fair algorithm, which, combined with an unrelenting focus on user-satisfaction, has successfully created a trustless ecosystem for online gamblers everywhere.

Seeing the growing popularity of the Lambo among crypto-enthusiasts, FreeBitco.in decided to offer its users crypto’s most desired prize – a Lamborghini.

On May 1, 2019, FreeBitco.in launched the “Golden Ticket” contest, a love letter to the crypto-community that helped it amass a massive user base and become one of the biggest names in Bitcoin gaming.

All users had to do was play on the website and collect Golden Tickets which would be entered into a lucky draw. Users could even purchase tickets to boost their totals and their chances of winning.

In the span of 6 months, a whopping 5,954,090 tickets were distributed to users all over the globe, all vying for a chance to get their hands on the dream car.

User 4424669 was crowned the winner of the Golden Ticket contest. The winner has a choice – either a Lamborghini Huracan or $200,000 in BTC, which amounts to 21.87 BTC, deposited directly in their FreeBitco.in wallet.

Feel like you missed out? Don’t worry, because Round 2 of the Golden Ticket Contest is already underway at FreeBitco.in, and more than 10,000 Golden Tickets have already been given out. If you’d like to participate, just head over to FreeBitco.in and grab your tickets now for a chance to win a Lamborghini come April 31, 2020.